Co-production is a practice in the delivery of public services in which citizens are involved in the creation of public policies and services. It is contrasted with a transaction based method of service delivery in which citizens consume public services which are conceived of and provided by governments. Co-production is possible in the private and non-profit sectors in addition to the public sector. In contrast with traditional citizen involvement, citizens are not only consulted, but are part of the conception, design, steering, and management of services.

Co-production is the process by which we facilitate and empower the community, both individually and collectively, to become the curators, makers and performers of their own stories.

Stories can take many forms, but in heritage we are generally talking about an exhibition, curating a collection or presenting narrative and objects. 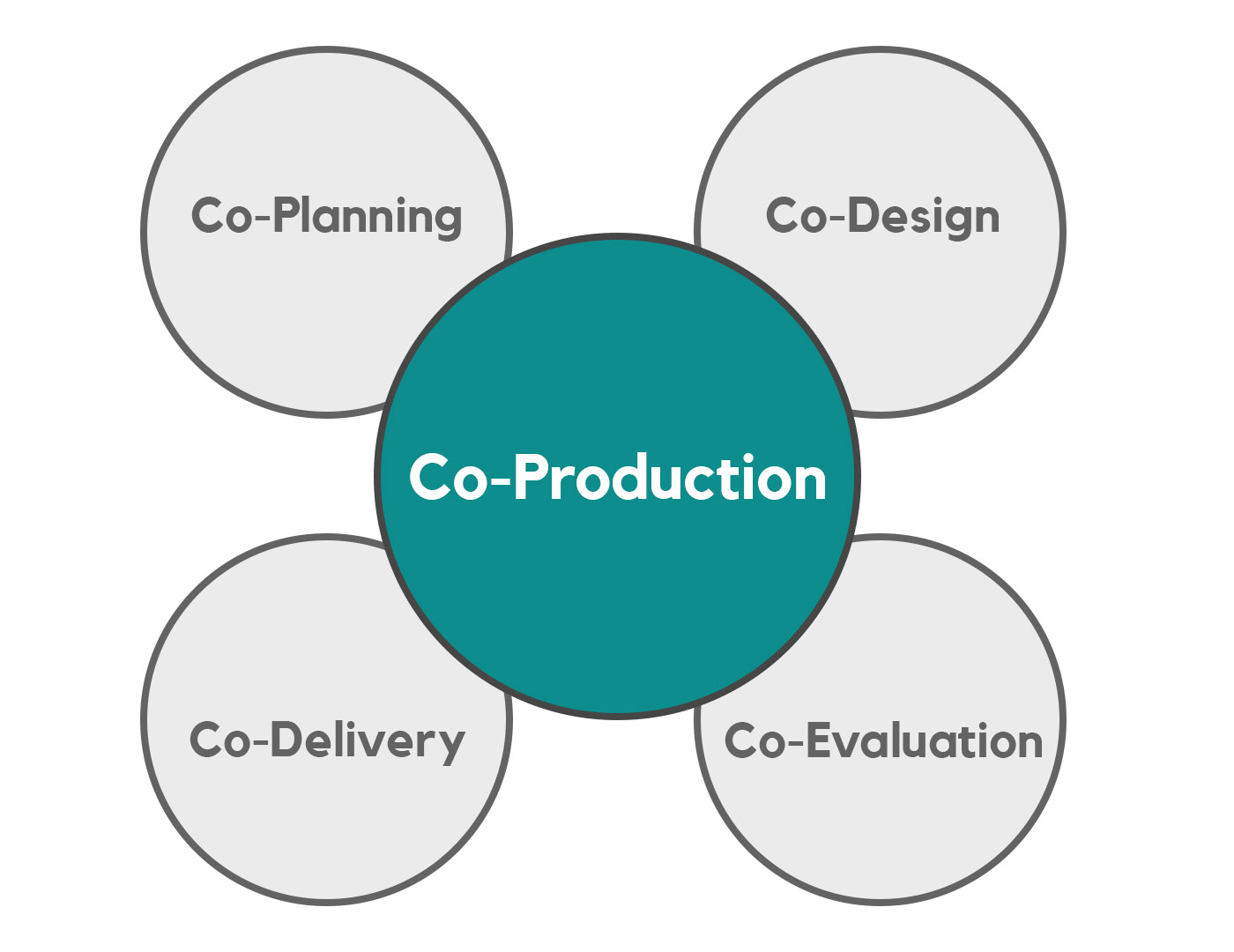 A case study output of the CINE project, St. Catherines Church and graveyard is a historical site maintained by the local community.

The goal of the project was to use digital tools to map and digitise the site. A further goal would be to share the work as a virtual exhibition.

One of the key aspects of the CINE project is to empower communities to share their cultural and natural heritage using available digital technologies. In the case of St. Catherines, the use of personal smart phones was employed to document the site.

Media Collection day on the St. Catherine’s Site – Members of the public and local historical society along side Donegal County Museum and Ulster University document the site

Generally, a museum or organisation will be responsible for beginning the co-production process. For the successful management of a co-production it is important to for the organisation or facilitator to consider what they may encounter during the process.

Nothing… starts on time

Be patient. Remember people have lives.

Know your subject backwards and then forget everything

Make sure you are tooled-up for the journey

Whoever comes, they are the right people

It’s OK to be attached

And it’s OK to care

Above everything else, listen.