360° image, photosphere and Photo Sphere are three terms for the same concept.

When you take a 360° image with your camera, you capture every single point around you, in every possible viewing direction. The final product can then be projected on the inside of a sphere without leaving anything blank.

This is similar to a panoramic image except with a 360 image we are capturing an entirely spherical image.

360 Images can be viewed in a number of ways. They can even be used to create a virtual tour of a location.

An example of this can be viewed at the CINE case study site Virtual St. Catherines.

There are many options for 360 cameras and the market  is rapidly changing. Camera range from entry level devices to high spec professional 360 cameras capable of capturing ultra high definition video.

Any entry level camera will capture  enough quality to create a 360 image tour. High spec cameras will have HD video and streaming capabilities.

Google provide a handy 360 hardware page for the latest 360 tech.

It is possible to capture a 360 image on your smartphone using the Google Street View app. The app can be downloaded for free from the Play Store or App Store. The advantage of using the Street View app is that photospheres can be uploaded to Google maps to share with the wider world. This is a great way to share heritage sites with a global audience.

Click the image to view a short guide for capturing 360 images in Google Street.

RoundMe is one of the most popular platforms for hosting 360 tours. It is relatively simple to add your photospheres and create a tour.

The platform is browser based with a simple editor to author your tour.

Tours can be shared across the web and access on any device making them perfect for heritage projects. 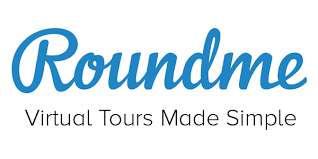